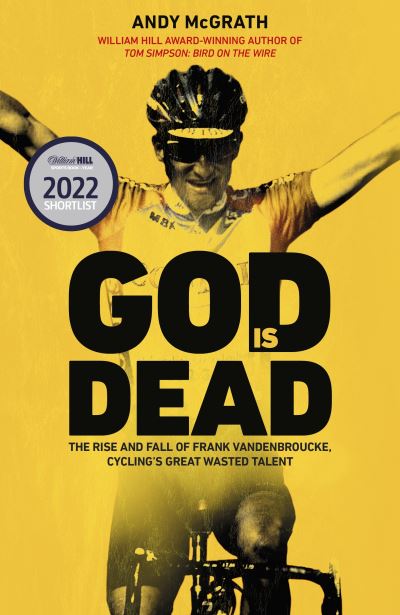 They called him God... For his grace on a bicycle, for his divine talent, for his heavenly looks. Frank Vandenbroucke had it all, and in the late Nineties he raced with dazzling speed and lived even faster. The Belgian won several of cycling's most illustrious races, including Liege-Bastogne-Liege, Paris-Nice and Ghent-Wevelgem.

He was a mix of poise and panache who enthralled a generation of cycling fans. Off the bike, he only had one enemy - himself. Vandenbroucke dabbled in nocturnal party sessions mixing sleeping pills and alcohol and regularly fell out with team managers.

By 1999 his team had suspended him and this proved to be the start of a long, eventful fall from grace. Depression, a drug ban, addiction, car crashes, divorce and countless court appearances subsumed his life. He threatened his wife with a gun. He tried to commit suicide twice. And when police found performance-enhancing drugs at his house, Vandenbroucke said they were for his dog. It seemed he had finally learned from his mistakes.

About the Author: Andy McGrath is the managing editor of Rouleur Magazine. Having previously worked at Cycling Weekly and Cycle Sport, he has also written on cycling for The Guardian and Financial Times. He is the co-author of Official Treasures of the Tour de France, has contributed chapters to several volumes of The Cycling Anthology, and is the author of Tom Simpson: Bird on the Wire, which won the William Hill Sports Book of the Year 2017.