There’s a wonderful poster from the Second World War, it’s been titled ‘We Can Do It’ and was produced as a motivational image for workers at the US company Westinghouse. At a time when many men were away fighting, industries became reliant on women to provide the labour in the factories – the image has become iconic and a rallying call for strength and equality – it is simple, it is powerful and it is beautiful. These are the times for powerful icons, these are the times to be strong.

From adversity comes change and opportunity – and it’s clear that the last fourteen months or so have been as inspiring as they have been challenging – so much of what we took for granted has been swept aside and in its place are new ways of doing things, new considerations, new ideologies. A book shop which has been closed for much of those 14 months has had to develop new ways of doing things. The internet, the very thing which nearly killed off many businesses like ours 10 or so years ago, has turned out to be the very thing which has given us opportunity and strength. Our building is full of bookcases and books, but when these rooms are closed, the internet remains open. With what resources we have available to us, we have crafted a website which, although still a work in progress, is showing that books can be bought online from independent businesses such as ours just as easily as they can be from a faceless mega-corp. We now have almost 100,000 different books available through the Coles website – in the coming weeks that number will double, and with a fair wind will continue to grow hereafter.

The novelist and poet Thomas Hardy, like all great writers, was able to eloquently reflect on the times in which he lived – his poem ‘And There Was a Great Calm’, although essentially about the horrors of war, is also about the what’s next? Having got used to difficulty, how does one go back to what was before? or is there something better?

I
There had been years of Passion – scorching, cold,
And much Despair, and Anger heaving high,
Care whitely watching, Sorrows manifold,
Among the young, among the weak and old,
And the pensive Spirit of Pity whispered, “Why?”

II
Men had not paused to answer. Foes distraught
Pierced the thinned peoples in a brute-like blindness,
Philosophies that sages long had taught,
And Selflessness, were as an unknown thought,
And “Hell!” and “Shell!” were yapped at Loving kindness.

III
The feeble folk at home had grown full-used
To ‘dug-outs’, ‘snipers’, ‘Huns’, from the war-adept
In the mornings heard, and at evetides perused;
To day-dreamt men in millions, when they mused –
To nightmare-men in millions when they slept.

IV
Waking to wish existence timeless, null,
Sirius they watched above where armies fell;
He seemed to check his flapping when, in the lull
Of night a boom came thencewise, like the dull
Plunge of a stone dropped into some deep well.

V
So, when old hopes that earth was bettering slowly
Were dead and damned, there sounded ‘War is done!’
One morrow. Said the bereft, and meek, and lowly,
‘Will men some day be given to grace? yea, wholly,
And in good sooth, as our dreams used to run?’

VI
Breathless they paused. Out there men raised their glance
To where had stood those poplars lank and lopped,
As they had raised it through the four years’ dance
Of Death in the now familiar flats of France;
And murmured, ‘Strange, this! How? All firing stopped?’

VII
Aye; all was hushed. The about-to-fire fired not,
The aimed-at moved away in trance-lipped song.
One checkless regiment slung a clinching shot
And turned. The Spirit of Irony smirked out, ‘What?
Spoil peradventures woven of Rage and Wrong?’

VIII
Thenceforth no flying fires inflamed the gray,
No hurtlings shook the dewdrop from the thorn,
No moan perplexed the mute bird on the spray;
Worn horses mused: ‘We are not whipped to-day;’
No weft-winged engines blurred the moon’s thin horn.

IX
Calm fell. From Heaven distilled a clemency;
There was peace on earth, and silence in the sky;
Some could, some could not, shake off misery:
The Sinister Spirit sneered: ‘It had to be!’
And again the Spirit of Pity whispered, ‘Why?’

Our Coles Signed Editions this week are built on the foundations of hope and strength – and a bit of contemplation. For strength, our coach is the inspiring Poorna Bell, and Olivia Laing will show us how that most complex of machines, our bodies, are built for resilience; for hope we have the courageous story of Kate Garraway; for contemplation what better way than to walk, and leading the ramble are Hunter Davies and Simon Armitage; our novelists this week are Russ Thomas and Greg Buchanan; younger readers will find delight in ‘My Dad is a Grizzly Bear’ and ‘A Song of Gladness’; Charlie P. Brooks introduces us to Holly Hopkinson and who better to have in the kitchen than Raymond Blanc; boxing promoter Eddie Hearn urges us to get back up off the canvas with some more signed editions of his best selling 2020 book ‘Relentless’; Paul Morley tries to make sense of the complex Bob Dylan; the forthcoming ‘Reflections’ from Holly Willoughby will build strength from within; and the iconic Her Majesty The Queen is captured by the iconic David Bailey in a Limited Edition Art Print from Taschen for which Pre-Orders are available. These are the times for powerful icons, these are the times to be strong. 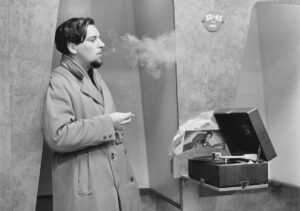 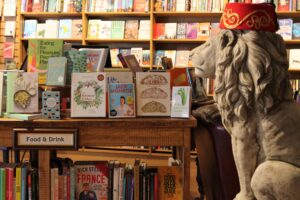 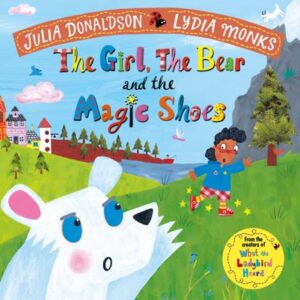 The Girl, The Bear and the Magic Shoes 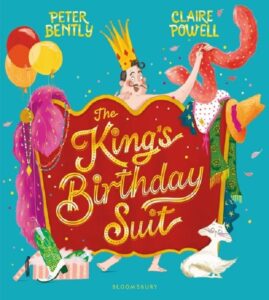 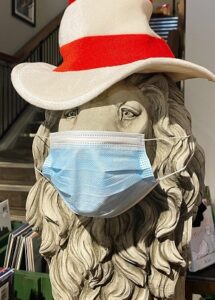