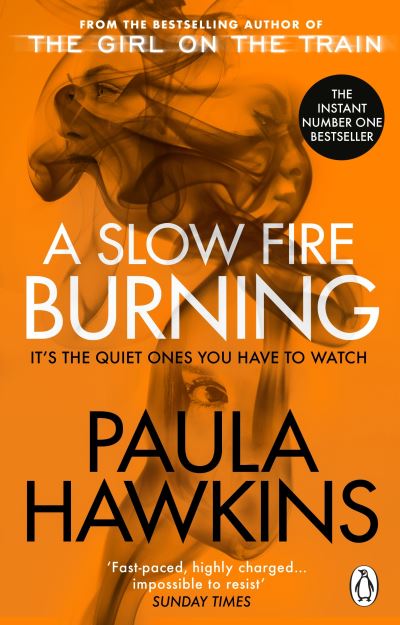 'Shocking, moving, full of heart . . . Laced with humour and packed with moments of sheer horror, A Slow Fire Burning shows a writer at the height of her powers.' Observer (Thriller of the Month)

'What is wrong with you?' Laura has spent most of her life being judged. She's seen as hot-tempered, troubled, a loner. Some even call her dangerous. Miriam knows that just because Laura is witnessed leaving the scene of a horrific murder with blood on her clothes, that doesn't mean she's a killer. Bitter experience has taught her how easy it is to get caught in the wrong place at the wrong time. Carla is reeling from the brutal murder of her nephew. She trusts no one: good people are capable of terrible deeds. But how far will she go to find peace?

Innocent or guilty, everyone is damaged. Some are damaged enough to kill. Look what you started.

'From the first sentence to the last, this explosive, startling novel grabs you by the throat and doesn't let go.' Kate Mosse

'Twists and turns like a great thriller should, but it's also deep, intelligent and intensely human' Lee Child

'Gripping and intriguing, I loved every moment' S J Watson

'Twists and turns galore...Paula Hawkins is a genius.' Lisa Jewell

'Dark and disturbing, this twisted story with its cast of damaged characters builds to a brilliant conclusion. This one will stay with you for a long time. ' Shari Lapena

'The queen of the psychological thriller is back with her best book yet. It's such an addictive read . . . an absolute must-read' Prima

About the Author: PAULA HAWKINS worked as a journalist for fifteen years before writing her first book. Paula was born and brought up in Zimbabwe. She moved to London in 1989 and has lived there ever since. Her first thriller, The Girl on the Train, has sold 23 million copies worldwide. Published in over fifty languages, it has been a Number 1 bestseller around the world and was a box office hit film starring Emily Blunt. Paula's second thriller, Into the Water, and her latest book, A Slow Fire Burning, were also instant Number 1 bestsellers.