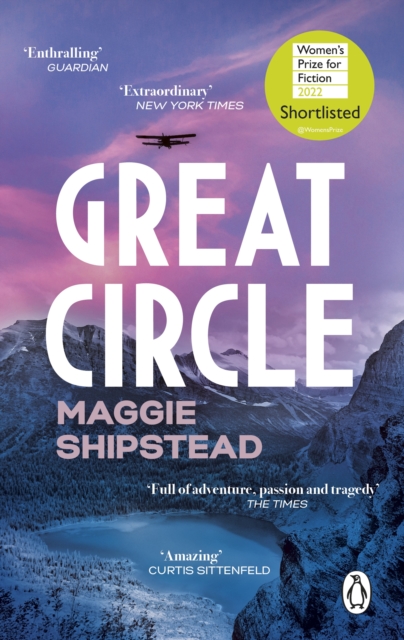 From her days as a wild child in prohibition America to the blitz and glitz of wartime London, from the rugged shores of New Zealand to a lonely iceshelf in Antarctica, Marian Graves is driven by a need for freedom and danger. Determined to live an independent life, she resists the pull of her childhood sweetheart, and burns her way through a suite of glamorous lovers. But it is an obsession with flight that consumes her most. Now, as she is about to fulfil her greatest ambition, to circumnavigate the globe from pole to pole, Marian crash lands in a perilous wilderness of ice.

Over half a century later, troubled film star Hadley Baxter is drawn inexorably to play the enigmatic pilot on screen. It is a role that will lead her to an unexpected discovery, throwing fresh and spellbinding light on the story of the unknowable Marian Graves.

SHORTLISTED FOR THE BOOKER PRIZE 2021; A NEW YORK TIMES BESTSELLER; A Book of the Year for The Times, The Telegraph, Daily Express, New Statesman, Good Housekeeping, Daily Mail, Mail on Sunday, Time, Esquire, The Economist, Oprah Daily and Woman and Home

About the Author: MAGGIE SHIPSTEAD's debut novel SEATING ARRANGEMENTS was a New York Times bestseller and winner of the Dylan Thomas Prize and L A Times Book Prize for First Fiction. Her work has appeared in the New York Times, Guardian, Conde Nast Traveller, The Best American Short Stories and elsewhere. She is a graduate of the Iowa Writer's Workshop, a former Wallace Stegner Fellow at Stanford and a two- time National Magazine Award finalist for fiction. Her second novel is the critically acclaimed ASTONISH ME. Her widely praised new novel GREAT CIRCLE was shortlisted for the Booker Prize and was a New York Times bestseller. Her story collection, YOU HAVE A FRIEND IN 10A will be published in hardback in 2022. Maggie Shipstead grew up in California and lives in Los Angeles, California.