A guide on the fundamental concepts, applications, algorithms, protocols, new trends and challenges, and research results. It offers information on the core and specialized issues in the field, making it suitable for both the new and experienced researcher. 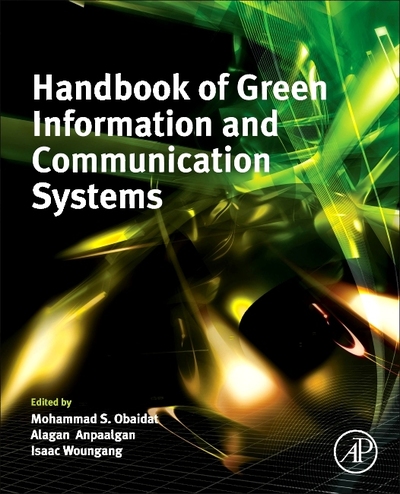 This book gives a comprehensive guide on the fundamental concepts, applications, algorithms, protocols, new trends and challenges, and research results in the area of Green Information and Communications Systems. It is an invaluable resource giving knowledge on the core and specialized issues in the field, making it highly suitable for both the new and experienced researcher in this area. Key Features: Core research topics of green information and communication systems are covered from a network design perspective, giving both theoretical and practical perspectives Provides a unified covering of otherwise disperse selected topics on green computing, information, communication and networking Includes a set of downloadable PowerPoint slides and glossary of terms for each chapter A 'whose-who' of international contributors Extensive bibliography for enhancing further knowledge Coverage includes: Smart grid technologies and communications Spectrum management Cognitive and autonomous radio systems Computing and communication architectures Data centres Distributed networking Cloud computing Next generation wireless communication systems 4G access networking Optical core networks Cooperation transmission Security and privacy