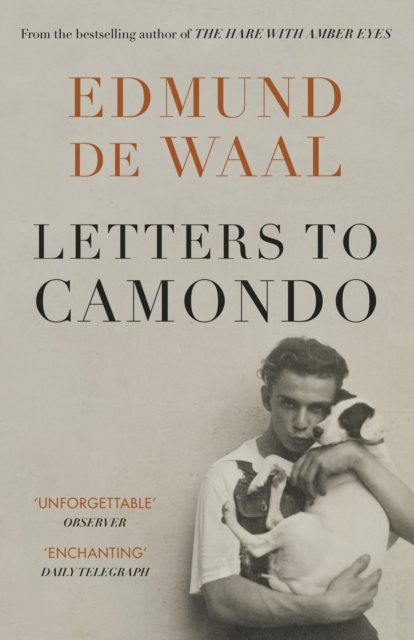 'Consistently illuminating... considered, compassionate and appreciative... This book is a wonderful tribute to a family and to an idea' Guardian

63 rue de Monceau, Paris Dear friend, As you may have guessed by now, I am not in your house by accident. I know your street rather well. Count Moise de Camondo lived a few doors away from Edmund de Waal's forebears, the Ephrussi, first encountered in his bestselling memoir The Hare with Amber Eyes.

Like the Ephrussi, the Camondos were part of belle epoque high society. They were also targets of anti-semitism. Camondo created a spectacular house and filled it with the greatest private collection of French eighteenth-century art for his son to inherit. But when Nissim was killed in the First World War, it became a memorial and, on the Count's death, was bequeathed to France.

The Musee Nissim de Camondo has remained unchanged since 1936. Edmund de Waal explores the lavish rooms and detailed archives and uncovers new layers to the family story. In a haunting series of letters addressed to the Count, he tells us what happened next.

'Letters to Camondo immerses you in another age... de Waal creates a dazzling picture of what it means to live graciously' Financial Times

'Subtle and thoughtful and nuanced and quiet. It is demanding but rewarding' The Times

About the Author: Edmund de Waal is an artist whose porcelain is exhibited in museums and galleries around the world. His bestselling memoir, The Hare with Amber Eyes, won the RSL Ondaatje prize and the Costa Biography Award and in 2015 he was awarded the Windham-Campbell prize for non-fiction by Yale University. The White Road, a journey into the history of porcelain, was published in 2015. He lives in London with his family.