One Party After Another by Michael Crick - Signed Edition 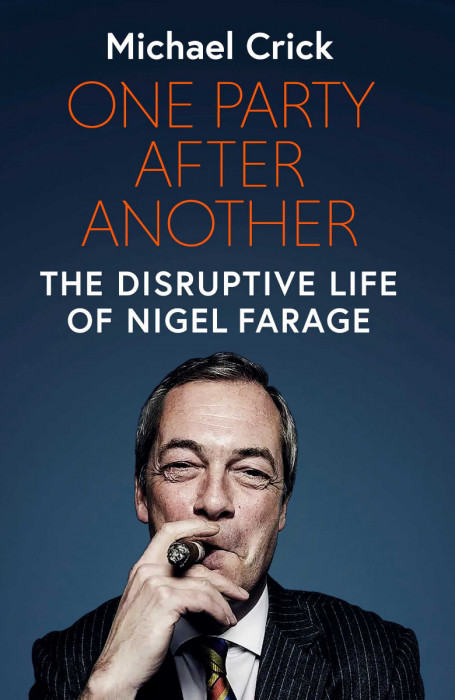 One Party After Another: The Disruptive Life of Nigel Farage by Michael Crick - Signed Edition

Nigel Farage is arguably one of the most influential British politicians of the 21st century. His campaign to take the UK out of the EU began as a minority and extreme point of view, but in June 2016 it became the official policy of the nation after a divisive referendum. In Michael Crick's brilliant new biography, One Party After Another, we find out how he did it, despite never once managing to get elected to Parliament.

Farage left public school at the age of 16 to go and work in the City, but in the 1990s he was drawn into politics, joining UKIP. Ironically, it was the electoral system for the European Parliament that gave him access to a platform, and he was elected an MEP in 1999. His everyman persona, combined with a natural ability as a maverick and outspoken performer on TV, ensured that he garnered plenty of media attention. His message resonated in ways that rattled the major parties - especially the Conservatives - and suddenly the UK's membership of the EU was up for debate.

Controversy was never far away, with accusations of racism against the party and various scandals. But, having helped secure the referendum, Farage was largely sidelined by the successful official Brexit campaign. When Parliament struggled to find a way to leave, Farage created the Brexit Party to ensure Britain did eventually leave the EU early in 2020. Crick's compelling new study takes the reader into the heart of Farage's story, assessing his methods, uncovering remarkable hidden details and builds to an unmissable portrait of one of the most controversial characters in modern British politics.

About the Author: Michael Crick has been following British politics as a TV and radio broadcaster for almost 40 years. He was political editor of Newsnight from 2007 to 2011; and political correspondent of Channel 4 News from 2011 to 2019. He has won four Royal Television Society awards, including Specialist Journalist of the Year in 2014 and 2018. He is the author of eight previous books, including Jeffrey Archer: Stranger than Fiction and The Boss: The Many Sides of Alex Ferguson.