Social Media, Freedom of Speech, and the Future of our Democracy by Lee C. Bollinger (President, President, Columbia University) 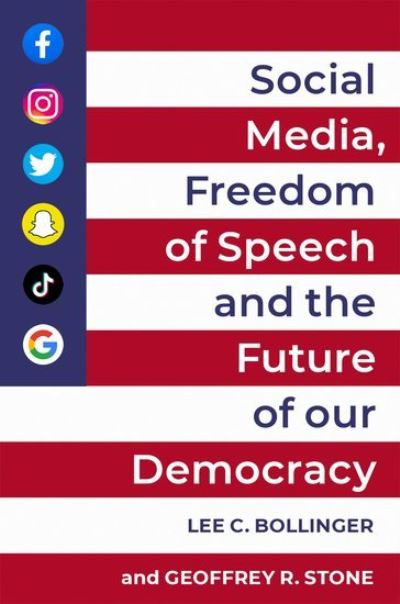 A broad explanation of the various dimensions of the problem of "bad" speech on the internet within the American context. One of the most fiercely debated issues of this era is what to do about "bad" speech-hate speech, disinformation and propaganda campaigns, and incitement of violence-on the internet, and in particular speech on social media platforms such as Facebook and Twitter. In Social Media, Freedom of Speech, and the Future of our Democracy, Lee C. Bollinger and Geoffrey R. Stone have gathered an eminent cast of contributors-including Hillary Clinton, Amy Klobuchar, Sheldon Whitehouse, Mark Warner, Newt Minow,Tim Wu, Cass Sunstein, Jack Balkin, Emily Bazelon, and others-to explore the various dimensions of this problem in the American context. They stress how difficult it is to develop remedies given that some of these forms of "bad" speech are ordinarily protected by the First Amendment. Bollinger and Stone argue that it is important to remember that the last time we encountered major new communications technology-television and radio-we established a federal agency to provide oversight and to issue regulations to protect and promote "the public interest." Featuring a variety of perspectives from some of America's leading experts on this hotly contested issue, this volume offers new insights for the future of free speech in the social media era.