Textbook of Allergy for the Clinician by Pudupakkam K Vedanthan (Hardback)

The book carries the most recent view points as well as established methods in the diagnosis and management of allergic disorders. In addition to the clinical approach, significant amount of information is dedicated towards basic sciences to lay a solid foundation to the reader. 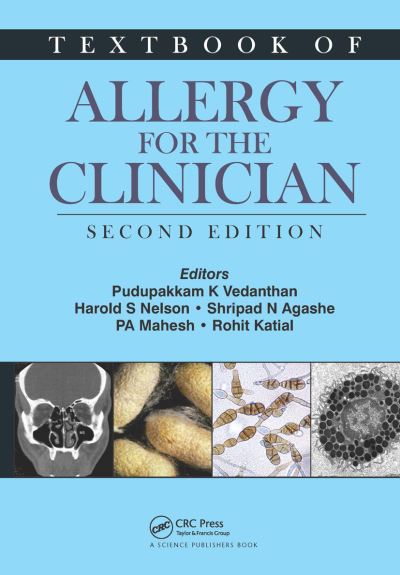 This is the second and updated version of the Textbook of Allergy for the Clinician. It is a unique book in the field of allergy. The uniqueness lies in the international character of the book with contributors representing both the East and West. This book represents the diversity of issues affecting patients in the specialty of allergy, asthma & immunology. There is some discussion of the basic mechanisms involved and extensive elaboration for the clinicians. This book will appeal to medical students, residents and fellows undergoing training as well as consultants in academic and clinical practice settings. The color plates, especially in the section on Aerobiology, will help in the interaction between the patient and consultant in identifying the plant or flora which is the causative factor. The differences and similarities between the Eastern and Western approaches in the practice of the specialty are being addressed for the first time in a book.