The Art of Survival by Maurice Blik - Signed Edition 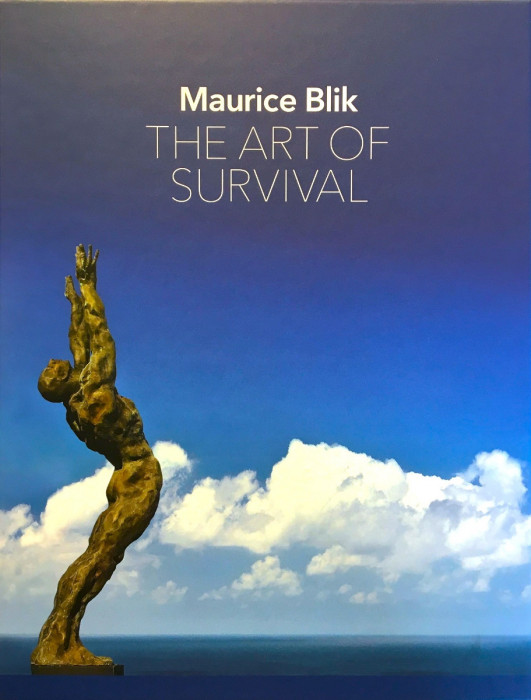 The Art of Survival by Maurice Blik - Signed Edition

'His searing childhood experiences profoundly shaped the sculptor he was to become, renowned for works of majesty and life-affirming power' - Natasha Kaplinsky

The first edition has been produced as a limited and highly collectable run of 1,000 slipcase covered hardback books, each individually numbered and signed by Maurice Blik.

A first-hand narrative of the horrors of Bergen-Belsen, seen through the eyes of a child, and the remarkable life that followed.

At the age of five, Maurice Blik experienced some of the worst atrocities of WW2, a legacy that remained silent in him for almost forty years, until it found a voice in the sculpture he began to create in the late 1970s.

As the story unfolds, so clues from his past emerge, and connect with his artistic legacy. Often reticent when asked to talk about his work, Maurice Blik has tended to leave it to others to interpret his sculptures. In this artobiography, he takes conclusive ownership of the narrative, acknowledging links between his dramatic past and key bodies of his work.

With a foreword by Natasha Kaplinsky.

About the Author: Maurice Blik has lived in England since being liberated from Bergen Belsen, where he was taken as a small child from his birthplace, Amsterdam. The ability to come to terms with this experience and to confront the face of humanity that he had witnessed, stayed silent in his life for some forty years. It finally found a voice in the passionate and exquisite sculpture which began to emerge in the late 1980s.