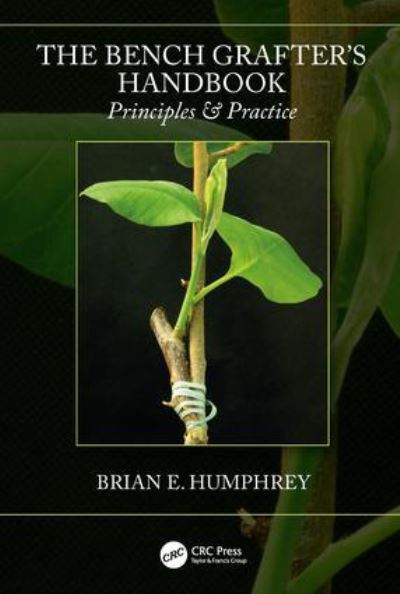 Containing 500 full color photographs and illustrations, The Bench Grafter's Handbook: Principles and Practice presents exhaustive information on all aspects of bench grafting. It details requirements of more than 200 temperate woody plant genera, covering over 2,000 species and cultivars including important ornamental, temperate fruit, and nut crops. The book explains the principles and practices of bench grafting, new procedures to enhance grafting success, and recommendations for further scientific investigation. Practical issues to aid professionals and the beginner, include detailed accounts, supported by pictures and diagrams, of the main grafting methods, knifesmanship techniques, and methods of training. Provision and design, now and for the future, of suitable structures, grafting facilities, and equipment, to provide ideal controlled environments for grafts, are described. The book describes major grafting systems, sub-cold, cold, warm, supported warm, hot-pipe, and other grafting strategies. It provides details of health and safety issues; work stations, seat design, lighting levels; recorded output figures for various types of graft; grafting knives and tools; and methods of sharpening by hand and machine. Features: Comprehensive description, pictures, and diagrams of how to learn and utilize important grafting methods. Detailed information and scientific principles behind the selection, specification, and choice of the main graft components - the rootstock and scion. Scientific principles and practicalities of providing optimal plant material, equipment, facilities and environmental conditions for graft union development including addressing the problems of graft incompatibility. Discussion of the actual and potential role of bench grafting in woody plant conservation with suggestions for new initiatives. This book is intended for use by nurserymen; those involved in the upkeep of extensive plant collections; conservationists; plant scientists; lecturers in horticulture; horticultural students; and amateurs with an interest in grafting.

About the Author: Brian Humphrey commenced work in local nurseries in 1954 followed by two years National Service in the Royal Air Force before taking up a studentship at the Royal Botanic Gardens, Kew. A two-year studentship at Writtle Agricultural College (now Writtle University College) followed, and provided the opportunity to gain the Royal Horticultural Society's National Diploma (now Master of Horticulture) with Honours. Joining Hillier Nurseries in 1963 as a propagator, he became a member of the Plant Propagator's Society based in the US in 1964 and aided in the formation of the first overseas chapter of the Society, the GB and I Region, in 1968-69. He was the inaugural President of the region in 1969 and was awarded the International Award of Honour by that Society in 1993. Promotion at Hilliers lead to the position of Production Director and the opportunity to develop various aspects of the nursery, which, at that time, grew commercially the widest range of temperate woody plants in the world. Joining Notcutt's Nurseries in 1986 provided opportunities for further experience. Prior to retirement, over a decade was spent running his own wholesale nursery specialising in grafted plants. Involvement and subsequent chairmanship of the UK ornamental nursery industry research and development initiatives with the UK Ministry of Agriculture led to the award of an O.B.E. (Order of the British Empire) in 1987. In 2013, his work in the nurserystock industry and in various RHS projects was recognised by the award of the VMH (Victoria Medal of Honour) by the Royal Horticultural Society. He now lives in retirement in coastal Suffolk, eastern England and together with his wife maintains their garden with nearly seven acres of woodland and meadows of woody plants.