The follow up to the quarter of a million-copy selling, Sunday Times and New York Times #1 bestselling, Clanlands. Sam & Graham turn tour guides once again to bring readers more epic tales from Scotland. 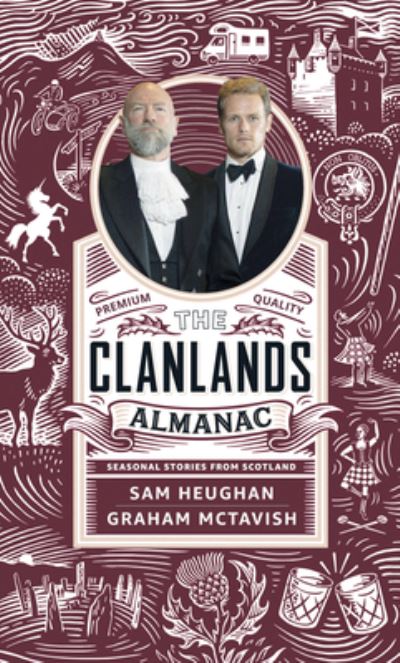 A seasonal meander through the wilds of Scotland. 'If Clanlands was a gentle road trip through Scotland, this almanac is a top down, pedal to the metal up and down odyssey through the many byways of a Scottish year.

An invitation to anyone who picks up the book to join us on a crazy camper van exploration over 12 glorious, whisky fuelled months. Mountains, battles, famous (and infamous) Scots, the alarming competitiveness of Men in Kilts, clans, feuds, flora, fauna, with a healthy sprinkling of embarrassing personal reminiscences thrown in. Much is explored, all is shared. It is a camper van cornucopia of all things Alba'. From First Footing to Samhain, Fringe Festival follies to whisky lore, Sam & Graham guide readers through a year of Scottish legends, traditions, historical and contemporary events, sharing personal stories and tips as only these two chalk-and-cheese friends can.

About the Author: Sam Heughan (Author) Sam Heughan is an award-winning actor and philanthropist, best known for his starring role as Jamie Fraser in the hit TV show Outlander. From his early days at the Royal Court Theatre, Sam has enjoyed a career in theatre, television and film spanning almost two decades. With his growing success and fame, Sam has also lent his voice and platform to raise funds and awareness for many notable charities, including Marie Curie UK and Blood Cancer UK. In recent years he has raised over $5 million for blood cancer research, hospice care and testicular cancer awareness education. Due to his outstanding contribution to charitable endeavours and artistic success he was bestowed by the University of Glasgow and the University of Stirling with an honorary doctorate in 2019.

Graham McTavish (Author) Graham McTavish has been acting for over 35 years in theatre, film and television. On film and TV he is best known for his roles as Dougal MacKenzie in Outlander, the fierce Dwarf Dwalin in The Hobbit trilogy, and AMC's cult show Preacher as the Saint of Killers. He has performed in theatre all over the world from the Royal Court Theatre in London to the Metropolitan Museum of Art in New York. He is delighted that the dream of his 12-year-old self to be a published author has finally come true!