The Geotraveller: Geology of Famous Geosites and Areas of Historical Interest by Roger N. Scoon (Hardback) 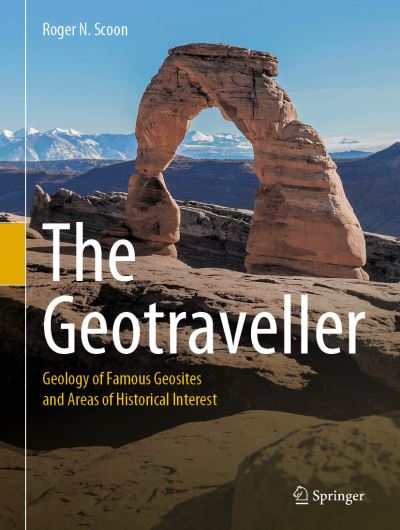 This book describes famous geosites and historical localities in national parks and conservation areas from North America, East Africa, and Europe. The geosites include iconic landforms associated with active volcanoes, canyons, glaciated landscapes, natural rock monoliths, and rifts. The potential for geotourism in historical localities such as the famous Greco-Roman antiquities of Greece, Italy, and Turkey, is emphasised. Some of the geosites and historical localities provide evidence that previous civilizations coped with active geology and major climatic cycles, whilst others reveal evidence of famous geological events recognized in history and ancient mythology that helped shape our current civilization. The book assists tour guides and visitors (both geologists and non-specialists) interested in geotourism by providing an understanding of geological processes in the national parks and historical locations with the assistance of photographs and simplified geological maps.

About the Author: Roger Scoon was born in Bristol, England, and grew up in a rural village in North Somerset. After obtaining bachelor's (1976) and master's (1976) degrees in the Department of Mineral Exploitation at University College, Cardiff, he worked for three years as a mine geologist in Zambia. A doctorate at Rhodes University, Grahamstown (1985), initiated a lifetime passion for the platinum and chromite deposits of the Bushveld Complex, South Africa. Roger spent the bulk of his career as an exploration geologist in the Bushveld Complex, including as a Principal and Director of Platexco Incorporated, a Toronto-listed junior explorer. Roger has published scientific articles in local and international journals, mostly on the geology of the Bushveld Complex. Visits to the national parks of East Africa over many years, including trekking on the giant volcanic cones, led to an interest in the East Africa Rift System. Short descriptions of geosites from localities around the world published quarterly in "The Geobulletin" (Geological Society of South Africa), since 2010, have led to a new interest as "The Geotraveller". Roger has led many geological field trips, most recent of which were to the Eastern Limb of the Bushveld Complex and National Parks of Northern Tanzania for the 35th International Geological Congress (2016). Roger is a Senior Researcher at Rhodes University and is a Fellow of the Geological Society of South Africa (FGSSA), the Society of Economic Geologists (FSEG), and the Geological Society of London (FGS). Other passions include skippering the family yacht, "Makoma" in the Eastern Mediterranean, as well as football, bridge, and wildlife photography. Roger is a South African citizen and lives with his wife Amelia in the Garden Route of the Western Cape.