The Sound of the Machine by Karl Bartos - Signed Edition 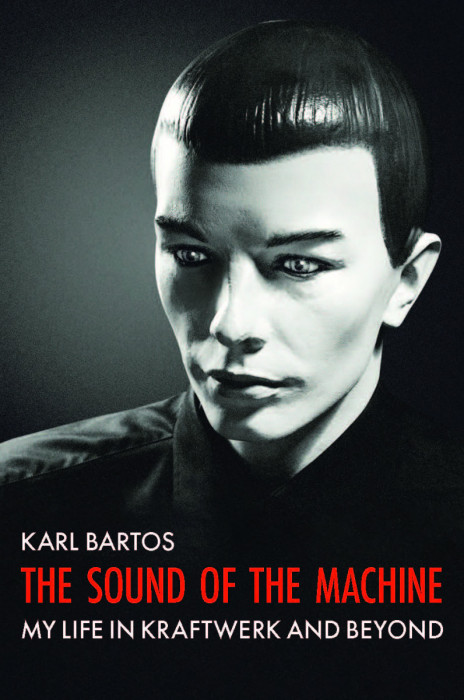 The Sound of the Machine: My Life in Kraftwerk and Beyond by Karl Bartos - Signed Edition

Some of the most beautiful, era-defining music has been co-composed by Karl Bartos. ‘The Robots’, ‘Computer Love’, ‘Neon Lights’, ‘Tour De France’ and Kraftwerk’s 1982 number one single ‘The Model’ all contain his deft musical touch. For the first time, in The Sound of the Machine, Bartos speaks candidly and with wit and humour about his life in Kraftwerk, a band widely acknowledged as being one of the most important in modern music.

In The Sound of the Machine, Karl vividly recalls what it was like to be in the Kling Klang studios during recording, describing the process and perfectly capturing the joy and passion of three people composing and recording.

Now, with a successful solo career of 30 years, Karl Bartos recalls his post-war childhood, the amazement he felt on first hearing The Beatles, his first bands, his parallel career as a musician and teacher, his years with Kraftwerk, and his hopes and fears for today’s musical culture.

About the Author: Born in the beautiful German village of Berchtesgaden in 1952, sound, music and culture have been a lifelong fascination for Karl. He studied at the Robert Schumann Conservatory in Düsseldorf, played at the Deutsche Oper am Rhein and was in several experimental bands before he joined Kraftwerk for their American Autobahn tour in 1975.

He co-composed tracks and performed with the band until 1990 and is featured on the seminal albums Radio-Activity, Trans-Europe Express, The Man-Machine and Computer World. Later Karl worked on Electric Café (now known as Technopop) and The Mix. After leaving Kraftwerk, he first formed the band Elektric Music, releasing two albums (Esperanto and Electric Music), collaborated with Bernard Sumner (New Order), Johnny Marr (The Smiths) and Andy McCluskey (OMD), and released two critically acclaimed solo albums, Communication and Off the Record.

Showing his versatility as a thinker and communicator, Bartos was also guest professor in Auditory Media Design at the University of the Arts Berlin from 2004 to 2009. In 2021, Karl Bartos was awarded the Early Influence Award/Kraftwerk as a member of the ‘classic line-up’ and inducted into the Rock and Roll Hall of Fame.