These Violent Delights by Chloe Gong 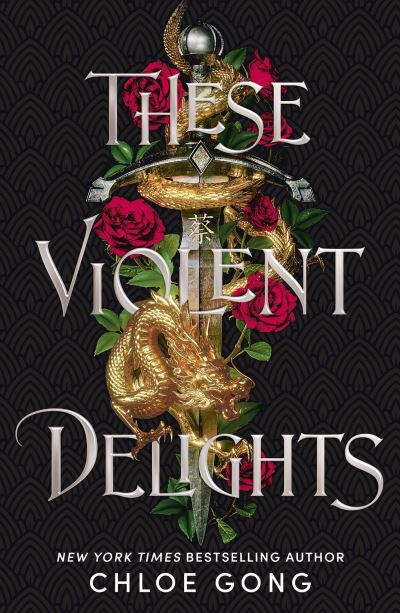 In glittering Shanghai, a monster awakens . . . A blood feud between two gangs runs the streets red, leaving the city in the grip of chaos. At its heart is eighteen-year-old Juliette Cai, a former flapper who has returned to assume her role as the proud heir of the Scarlet Gang - a network of criminals far above the law. Their only rivals in power are the White Flowers, who have fought the Scarlets for generations. And behind every move is their heir, Roma Montagov, Juliette's first love . . . and first betrayal. But when gangsters on both sides show signs of instability culminating in clawing their own throats out, the people start to whisper. Of a contagion, a madness. Of a monster in the shadows. As the deaths stack up, Juliette and Roma must set their guns - and grudges - aside and work together, for if they can't stop this mayhem, then there will be no city left for either to rule.

Filled with romance, intrigue and betrayal, this heart-stopping debut is perfect for fans of The Last Magician and Descendant of the Crane.

'Heady, smart, and vicious' Tessa Gratton, author of The Queens of Innis Lear

About the Author: Chloe Gong is a student at the University of Pennsylvania, studying English and international relations. During her breaks, she's either at home in New Zealand or visiting her many relatives in Shanghai. Chloe has been known to mysteriously appear when 'Romeo and Juliet is one of Shakespeare's best plays and doesn't deserve its slander in pop culture' is chanted into a mirror three times.