Why We Kneel How We Rise by Michael Holding - Signed Edition 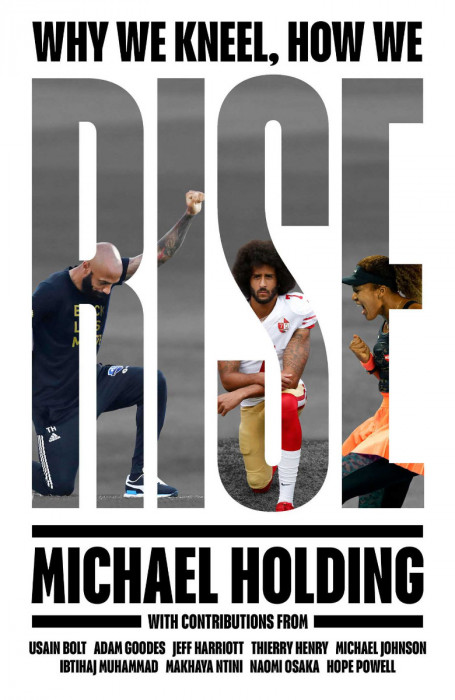 Why We Kneel How We Rise by Michael Holding - Signed Edition

Through the prism of sport and conversations with its legends, including Usain Bolt, Adam Goodes, Thierry Henry, Michael Johnson, Ibtihaj Muhammad, Makhaya Ntini, Naomi Osaka and Hope Powell, Michael Holding explains how racism dehumanises people; how it works to achieve that end; how it has been ignored by history and historians; and what it is like to be treated differently just because of the colour of your skin.

Rarely can a rain delay in a cricket match have led to anything like the moment when Holding spoke out in the wake of the #BlackLivesMatter protests about the racism he has suffered and has seen all around him throughout his life. But as he spoke, he sought not only to educate but to propose a way forward that inspired so many. Within minutes, he was receiving calls from famous sports stars from around the world offering to help him to spread the message further.

Now, in Why We Kneel, How We Rise, Holding shares his story together with those of some of the most iconic athletes in the world. He delivers a powerful and inspiring message of hope for the future and a vision for change, and takes you through history to understand the racism of today. He adds: 'To say I was surprised at the volume of positive feedback I received from around the world after my comments on Sky Sports is an understatement. I came to realise I couldn’t just stop there; I had to take it forward – hence the book, as I believe education is the way forward.'

About the Author: Michael Holding was born in Jamaica in 1954 and played 60 Tests for the West Indies between 1975 and 1987, taking 249 wickets. After retiring from the game, he became a commentator, mainly working for Sky Sports.