Women vs Hollywood: The Fall and Rise of Women in Film by Helen O'Hara

A call to arms from Empire magazine's 'geek queen', Helen O'Hara, that explores women's roles - both in front of and behind the camera - since the birth of Hollywood, how those roles are reflected within wider society and what we can do to level the playing field. 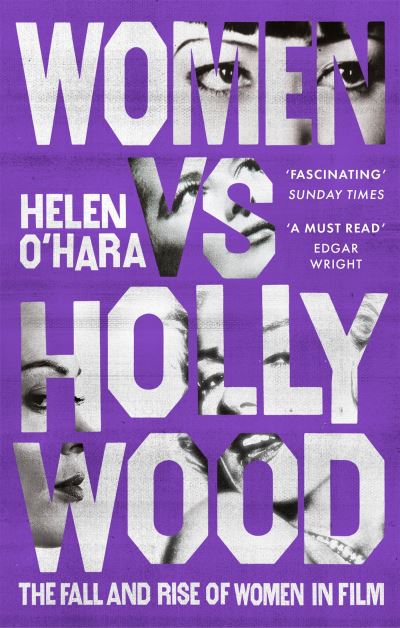 'A powerful, sobering and vital work' The Mail on Sunday

'A must read' Edgar Wright

Hollywood was born just over a century ago, at a time of huge forward motion for women's rights. It was a free-for-all, and there were women who forged ahead in many areas of filmmaking. Yet, despite the work of early pioneers like Dorothy Arzner, Mabel Normand, Mary Pickford and Alice Guy-Blache, it soon came to embody the same old sexist standards. Women found themselves fighting a system that fed on their talent, creativity and beauty but refused to pay them the same respect as their male contemporaries - until now . . .

The tide has finally begun to turn. A new generation of women, both in front of and behind the camera, are making waves in the industry and are now shaping some of the biggest films to hit our screens. In Women vs Hollywood: The Fall and Rise of Women in Film, film critic Helen O'Hara takes a closer look at the pioneering and talented women of Hollywood and their work in film since Hollywood began. And in understanding how women were largely written out of Hollywood's own origin story, and how the films we watch are put together, we can finally see how to put an end to a picture that is so deeply unequal - and discover a multitude of stories out there just waiting to be told.

About the Author: Helen O'Hara has been working as a film journalist for over fifteen years, after qualifying as a barrister and immediately getting bored. She started her film writing career on the staff of Empire, the world's biggest film magazine, and remains their editor-at-large and co-host of the Empire podcast, where she can be found weekly singing the praises of the Marvel Cinematic Universe and complaining about La La Land. She is also an author and freelance writer. Northern Irish born, O'Hara now lives in London, splitting her time between cinemas, libraries and coffee shops.